Another group showed support for Richard Stallman in March 2021 by writing a support letter that was signed by 6,876 people. The repository has now been archived and signatures are no longer being accepted. Thank you everyone for your efforts and encouragement.

Who is Richard Stallman?

Things like freedom and the expansion of knowledge are beyond success, beyond the personal. Personal success is not wrong, but it is limited in importance, and once you have enough of it, it is a shame to keep striving for that instead of for truth, beauty, or justice.
—Richard Stallman in Free Software as a Social Movement (Archived), December 18, 2005. 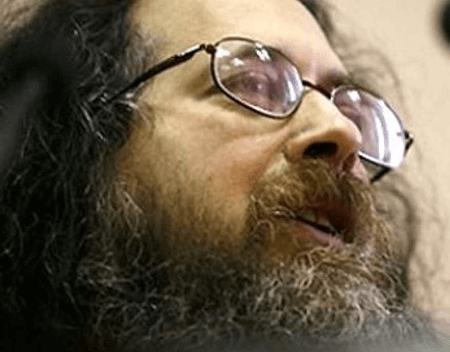 Richard Matthew Stallman, also known as RMS in the free software community, was born in New York in 1953. He is a physicist, computer scientist, philosopher, and a passionate champion for software freedom. He is the founder and leader of the Free Software Movement (often mistakenly referred to as “open source.”[1])

In 1971, while still a student at Harvard, he started working as a programmer at the MIT Artificial Intelligence Lab (currently, CSAIL.) In 1983, he launched the GNU Project[2] with the goal of building a free software operating system (known today as GNU/Linux.) Soon after that, in January 1984, Stallman quit his job at MIT so that the institution could not claim any rights on his work on GNU (The GNU Project - Archived):

In January 1984 I quit my job at MIT and began writing GNU software. Leaving MIT was necessary so that MIT would not be able to interfere with distributing GNU as free software. If I had remained on the staff, MIT could have claimed to own the work, and could have imposed their own distribution terms, or even turned the work into a proprietary software package. I had no intention of doing a large amount of work only to see it become useless for its intended purpose: creating a new software-sharing community.

The Free Software Movement was born.

In 1985 Stallman founded the Free Software Foundation to raise funds and provide infrastructure for the development of GNU. The organization was conceived as a non-profit, with him as the president ad honorem (unpaid.)

Around 1991, Stallman was assigned an office at the MIT AI Lab with an unpaid position as a visiting scientist.

The Importance of GNU #gnu

People may have never heard about GNU, but we are using it everyday. Most web servers and mail servers as well as many database servers use GNU. Whenever we check our email or perform a search in the Internet, we are using GNU. GNU is critical software that makes the Internet possible. It's somewhat like with cars. Many people own cars and use them daily, but they don't see the assembly plant. Likewise, many people use programs and web services built upon GNU without noticing what it is.

Stallman's contributions as a programmer are many. He personally wrote several key components that were essential for the development of the GNU operating system, such as the GNU Debugger (GDB)[9], the GCC[10], and the extensible editor EMACS.[11] For the development of GCC and EMACS he won the ACM Software System Award and the ACM Grace Murray Hopper Award, respectively.

For pioneering work in the development of the extensible editor EMACS (Editing Macros). (1990)

GCC is a cornerstone of the free (libre) software community. It enabled important software like the GNU/Linux operating system and the Mozilla browser, and has supported hundreds of other software systems that collectively form the foundation of the modern Internet. (2015)

In 1990 Stallman was also awarded the MacArthur Fellowship, commonly known as the “Genius Grant.” (Archived)

In 2013 Stallman was inducted into the Internet Hall of Fame under the category of innovators. (Archived)

Richard Stallman has received many other honors and awards during his long career, including a number of honorary doctorates from universities around the world.

Stallman introduced the concept of copyleft[12] and, based on that notion, he wrote the innovative GNU General Public License[13] that guarantees end users the freedom to run, study, share, and modify software. He wrote other licenses that grant the same freedoms for different kinds of works. Today, these licenses are widely used to release free software programs, documentation, and creative works. Wikipedia, for example, was launched under the GNU Free Documentation License.[14]

Richard Stallman's influence beyond computing #beyond

Stallman's ideas about software freedom soon expanded beyond computers into the areas of knowledge and culture. The ethical standards that he set for software inspired many of the leaders and participants in the Free Knowledge and Free Culture movements that came later. Wikipedia and Creative Commons, two of the most well-known manifestations of these movements, drew heavily upon the core concepts of freedom promoted by Richard Stallman.

Jimmy Wales, cofounder of Wikipedia, concluded that it was of paramount importance to base their project on the four essential software freedoms[15] as defined by Stallman. As stated by Wales (emphasis added):

A document first drafted by Richard Stallman in 1998 became an inspiration for Wikipedia:

[...] Richard Stallman’s 1999 article, “The Universal Encyclopedia and Free Learning Resource,” is one of the founding documents of the Wikipedia movement [...]. Ralph Waldo Emerson wrote that “every revolution begins in one man’s mind.” The revolution that uses the technology of networked communication to override the legal and economic barriers that prevent human minds from learning began in Mr. Stallman’s mind.

On March 26, 1999, Richard Stallman gave a speech at the SIGCSE 30th Technical Symposium in New Orleans in which he talked about free software and expressed ideas that hinted at the future Creative Commons and Wikipedia. He explicitly called for the development of a Free Universal Encyclopedia as a learning resource available to everyone at no charge. He spoke about the encyclopedia again in an interview after the speech (at 1:25 in the video.)

Stallman's GNU licenses were an inspiration for the Creative Commons licenses.

We stole the basic idea from the Free Software Foundation—give away free copyright licenses. [...] The idea (again, stolen from the FSF) was to produce copyright licenses that artists, authors, educators, and researchers could use to announce to the world the freedoms that they want their creative work to carry.

Creative Commons took its idea—give away free copyright licenses—from the Free Software Movement. But the problem we aimed to solve was somewhat different.

Apart from CC0, which is a tool for releasing materials into the public domain, today there are six different Creative Commons licenses, but only two of them are free according to the principles of free software: CC-BY and CC-BY-SA; the latter is also a copyleft license.

Stallman's approach in all fields of life is philosophical and scientific, inclined to the inquisitive analysis of ideas and phenomena in search of evidence. For a collection of philosophical articles on the implications of software and computing in society, see Free Sofware, Free Society, Selected Essays of Richard M. Stallman.

He has a keen interest in linguistics, and pays scrupulous attention to the correct use of words.[3] He coins new words[4] and keeps an anti-glossary[5] for words and expressions he avoids. He invents puns and jokes in several languages, even in those he doesn't speak.

For Stallman, an offspring of the hacker culture,[6] playfulness and humor are important. He frequently shares his inclination to perceive the funny aspect of situations in life, and won't stop at the prospect of joking even if it involves mocking himself (e.g., his declaration I am a saint in the Church of Emacs.) A variety of jokes, funny poetry, song parodies and cartoons can be found in the humor section of his website.[7] A dedicated directory in the website of the GNU Project hosts a number of jokes by third parties.[8]

Dancing is another of Stallman's interests, which he did professionally as a young man. Last time he was seen dancing was in 2007, dancing at MIT with a group of students (mp4).

A biography by Sam Williams, Free As In Freedom 2.0: Richard Stallman and the Free Software Revolution, which was revised by Richard Stallman, is an invaluable source of information for those who would like to get a better picture of Stallman's personality and background. It narrates Stallman's early years, depicting his unique personality with amusing stories and anecdotes, including statements by his mother, references to a girlfriend, Stallman as a child at school, his adventures and work as a young hacker at the AI Lab, and more.

Numerous videos and audio recordings of Stallman's speeches around the world on several topics are available at audio-video.gnu.org.

Richard Stallman continues to be the head of the GNU Project (the “Chief GNUisance”, in the jargon of the community) to this day. However, in September 2019, he resigned from both MIT and the FSF. Why did he resign?