Renata Avila: Trying to Understand the Lynching of Stallman

Renata Avila is a Human Rights and technology lawyer who serves as the Executive Director of Digital Future Society[1], an organization supported by the Government of Spain that works towards the implementation of policies for the digital age. As a feminist[2], she also identifies the threats to women's rights in a patriarchal society. Avila has stated:[3]

Technology is politics, and part of my work is explaining the political dimensions of technology decisions and their impact in society. The role those could play in shaping a better world, tackling inequalities, distributing power, strengthening democracy and opening up creative possibilities.

The perpetuation of patriarchy is another risk to society.

We are reproducing Avila's article verbatim from the original[5] with her permission.

Note on licensing: This article is an exception to the default CC-BY-SA license of this site. The author did not grant the public copying permission for this article.

A note about the article: as Renata clearly states, her criticism is directed at some of the RMS' attackers.

Trying to Understand the Lynching of Stallman: for an Uncompromising Defense of Free/Libre Software

Some people taking part in the mob lynching RMS for sure hate his guts. Because he is “weird” and they think he is “creepy,” because he doesn't obey to any of the social conventions of our times, because he isn’t considerate towards them, etc. Anti-conformists, anarchists and neuro-divergent people often face this kind of hate.

Some take part because they want to get the social credit of being on the side of “justice.”

Maybe they fear that such lynching could happen to them as well, so they hope they are buying their place in “paradise” by encouraging and fueling the mob. (Historical examples may actually prove otherwise...) But most importantly, what many of the lynchers hate is Richard’s uncompromising way of defending Free/Libre software, therefore his way of pointing out their own contradictions. 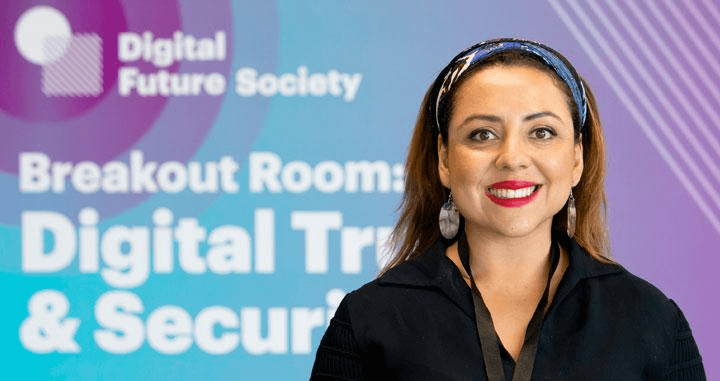 What Richard shows by his lifestyle and speaks loudly about—without filters—is the compromises that they are making by using, nurturing and promoting technology that is actually harmful to basic human rights and basic dignity.

They hate to be shown by his way of life that one can actually live without using any of these harmful technologies, that they are not “inevitable.” They feel threatened by his way of questioning as harmful the compromises that most are making every day in the name of convenience, comfort and so-called “user-friendliness.”

Many such participants in the lynch-mob who are users of Windows, macOS, Google, Amazon, Zoom, Twitter, Reddit, Github, etc., hate RMS because they want to pretend they can do good, that they can effectively promote and defend “digital rights,” “social justice” or whatever other shallow principles, while making such everyday unethical compromises with technologies of oppression.

RMS’ principled stances cause an uncomfortable cognitive dissonance for them. They would rather kill a sacrificial Gnu than admit their own shortcomings. It is significant that the letter demanding his resignation must be signed using Microsoft’s Github platform, and that many organizations taking position are openly accepting money from Google and other predatory companies.

Some in the mob have a strategic interest in RMS and the FSF being lynched. Because they want the hyper-capitalism-compatible, surveillance-tolerant model of “open source” to prevail over the ethical, philosophical and political concept of “free/libre software.”

Like Google, they prefer MIT license over the AGPL (that prevents business based on hiding from the users what is being done with their data). They see this model as “more free” as it gives freedom to capture and control. Ironically they don’t seem to mind about MIT actually enabling, covering for and defending Jeffrey Epstein [1], while being fully in bed with the US Military and getting billions of dollars from them [2]. They do not demand the resignation of the board of MIT or the US Army or Google... They claim we “need leaders,” and volunteer for the job. They instrumentalize the herd.

This is why it is essential today more than ever to (re)focus on the core of what free/libre software is about, and how fundamental it is for any fight towards more justice and more freedom, and to combat technological oppression. Some call it “radical,” we should reclaim it as “uncompromising,” as an ethical promise against harmful, predatory technology, and as a difficult path of life implying hard choices and everyday efforts. Following such a path frequently takes us outside of the herd, and we don’t need no “leader” nor conformism for that; just shared inspiration and a strong uncompromising will of Freedom and Justice.

Back to Articles of Support