Leah Rowe is a software freedom activist, founder and lead developer of Libreboot[1], a program that initializes the computer and boots the operating system. Leah joined the free software movement inspired by the writings of Richard Stalllman and has met him in person in various occasions. In an article[2] Leah wrote recently, she—as a transwoman—reasserts that Stallman is not transphobic, expresses her respect for him as a person and leader as well as her thoughts about the wave of attacks directed at him. With her permission, we are reproducing verbatim some parts extracted from that article.

Here are some quotes from the article:

Richard Stallman’s articles and video lectures were what led me down this path. I have met the man 5 times, in 3 different countries.

I believe in Free Software for the same reason I believe in public education; I believe that knowledge is a human right.

If it weren’t for Richard Stallman’s work, Libreboot would not exist. All works are derivative in human society; we stand on the shoulder of giants.

Richard Stallman’s work in the 80s was revolutionary and without him, none of us would be here today. The people in charge of big tech companies like Apple and Microsoft hate us, and have been attacking our movement for years. That’s what the attacks on RMS have been about.

I do not subscribe to cancel culture. Some of these people may well try to cancel me but I would never do the same to them.

I’ve been good friends with Richard for many years. I did have a falling out with him (publicly so) a few years ago, but we made up. He has always respected me.

When my project, Libreboot, was in the process of joining GNU, I wasn’t out as trans. I came out as trans not long before Libreboot became GNU Libreboot. RMS switched to she/her with me on the spot. No problems.

Some people have linked to the following article and suggested that he is transphobic: https://stallman.org/articles/genderless-pronouns.html.

Let me tell you something:

Richard sent me and several other people a copy of that article when he was drafting it. I repeatedly urged RMS not to do per/perse when he suggested it. I strongly suggested that he use they/them when referring to someone generically. When he decided to use per/perse, I was annoyed but not offended; you see, I regard it as idiotic. Clearly, they/them is commonly understood and will cause the least amount of misunderstanding.

Being foolish is not the same thing as being transphobic. If you actually tell Richard your preferred pronouns, he’ll use them with you without hesitation.

Several of my friends are trans and also speak to Richard, mostly via email. He respects their pronouns also.

Not transphobic. At all. Same per/pers bullshit. Not transphobic, just stupid. I wasn’t misgendered by other GNU developers when my project, Libreboot, was in GNU. Calling RMS a transphobe is an insult to people who suffer from real transphobia. 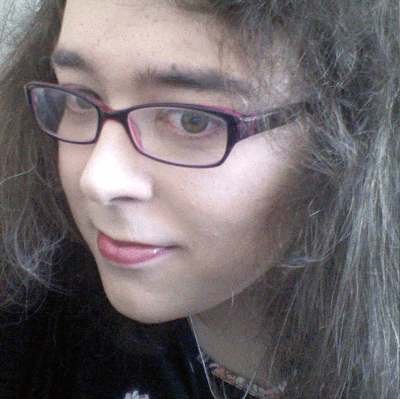 2 years ago, known Thought Criminal Richard M Stallman was falsely accused of defending rape in an Orwellian smear campaign, orchestrated by mainstream media at the behest of proprietary software vendors. 36 years fighting for your digital freedom, cancelled. It was so vicious that he resigned from his post as president of the Free Software Foundation. The FSF did nothing to protect or defend him. However, you can defend him!

On 21 March 2021, FSF board of directors re-instated Richard Stallman. In response, the media started a new smear campaign. A petition was created, calling for the forceful removal of RMS and the entire FSF board of directors. RMS has been wrongly accused of sexism, transphobia, ableism and a whole host of things intended to discredit him. Do not listen to any of it. Richard Stallman’s political notes and articles paint the picture of a man who has staunchly campaigned against bigotry in all its forms!

In response, we, the Free software movement, started our own petition. We wish for RMS to remain in his post, and for the FSF to hold their ground. We call for the FSF to defend Richard Stallman’s honour and his legacy. Richard Stallman is a human being, whose right to free speech was heavily suppressed. We must demonstrate our support of him to the FSF, loudly and clearly.

If you support Free Software, believe in freedom of speech, freedom of community and social justice (true social justice, where a person is treated with dignity and not cancelled just for their beliefs), sign your name here:

If you are a member of a project/organisation that signed the anti-RMS list, it is especially important to state that you are from said project when signing the pro-RMS list. You should also talk to people in your project or organisation, and try to persuade them to change their minds!

In addition to signing your name, if you’re in a software project, get your project to officially come out in support of Richard! He needs every bit of support we can get. We, the Free Software movement, as activists must lend him all of our strength!

Don’t be fooled. If a Free Software project is on the anti-RMS list, that just means the leadership implemented said decision. It says nothing of the individuals inside said organisation.

Please also email the FSF and tell them you support Richard! The FSF’s contact details are here: https://www.fsf.org/about/contact/

Back to Articles of Support