Another group showed support for Richard Stallman in March 2021 by writing a support letter that was signed by 6,876 people. The repository has now been archived and signatures are no longer being accepted. Thank you everyone for your efforts and encouragement. 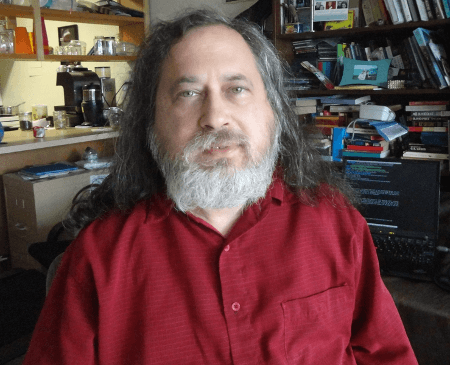 False accusations were made against Richard Stallman in September 2019. Although others pointed out the mistakes, the stage had been set for a cascade of defamatory reactions that followed and spread like wildfire. This was fueled by misquotes and distortion of events in mainstream headlines, blogs, and social media, leading ultimately to Stallman's resignation from his positions at MIT and the FSF.

A new wave of attacks was launched when the reinstatement of Richard Stallman in the FSF Board of Directors was announced on March 21, 2021.

Free software and free culture advocates around the world were outraged at the injustice. Members of the community at large felt hurt and looked for ways to voice their pain and repair the damage caused.

Some published accurate articles, objectively and meticulously showcasing the facts. Many others wrote short comments in blogs and news websites pointing out the errors that were being swiftly propagated by copy paste “authors.” Still others sent letters of concern to the FSF.

A petition[1] was launched to condemn bad press and demand apologies to Stallman from journalists who knowingly or incompetently spread false information. It was to no avail. Journalists never corrected their erroneous headlines, let alone apologize. The petition is now stale (and it requires JavaScript.) Better to sign the letter of support.

We have become sadly familiar with the terms “misinformation and disinformation” and the need to critically examine the agendas and mindsets motivating these campaigns as well as check the facts behind their assertions. To our collective social woe, disinformation succeeds because so many people care deeply about injustice but do not take the time to study the facts before passing along or acting on disinformation.

Because many of those who attack Stallman —or even supporters who speak up for him— may only have a partial notion of who he is and all that he has contributed towards a more fair and just society, we start our story there. Who is Richard Stallman?